Sep 30,2021
1. The relationship between the spectrum of visible light and LED white light. It is well known that
the wavelength range of the visible light spectrum is 380nm～760nm, which is the seven colors of light
that the human eye can perceive-red, orange, yellow, green, blue, blue, and purple, but the seven
colors of light are each A monochromatic light. For example, the peak wavelength of the red light
emitted by the LED is 565 nm. There is no white light in the visible light spectrum, because white
light is not monochromatic light, but a composite light composed of a variety of monochromatic lights,
just as sunlight is white light composed of seven monochromatic lights, while in color TVs White light
is also synthesized from the three primary colors red, green, and blue. It can be seen that, in order
to make the LED emit white light, its spectral characteristics should include the entire visible
spectral range. But it has not been possible to manufacture LEDs with this performance. According to
people's research on visible light, the white light that human eyes can see requires a mixture of at
least two kinds of light, namely two-wavelength light emission (blue light + yellow light) or three-
wavelength light emission (blue light + green light + red light) mode . Both of the above two modes of
white light require blue light, so the ingestion of blue light has become a key technology for white
light manufacturing, that is, the "blue light technology" pursued by major LED manufacturing
companies. There are only a few manufacturers that master the "blue light technology" in the world, so
the promotion and application of white light LEDs, especially the promotion of high-brightness white
light LEDs in my country, is still a process. 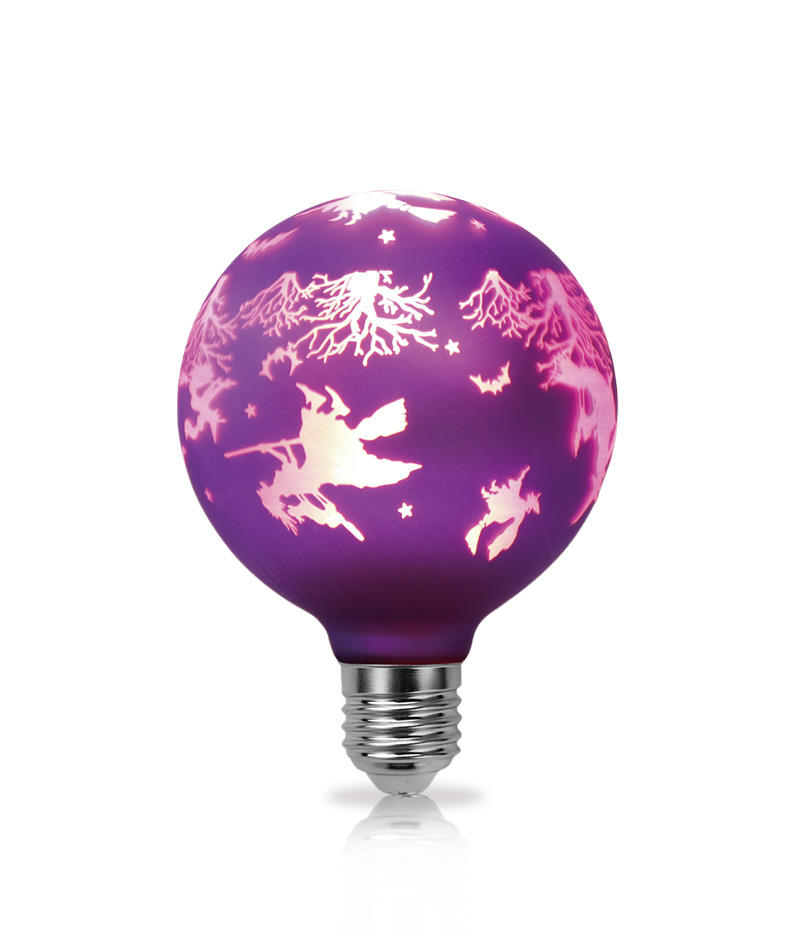 2. Process structure of white light LED and white light source. For general lighting, in terms of
process structure, white light LEDs are usually formed by two methods. The first is to use "blue
technology" with phosphors to form white light; the second is to mix multiple monochromatic lights.
Both of these methods have successfully produced white light devices. The first method to generate
white light is shown in Figure 1. The LED GaM chip in the picture emits blue light (λp=465nm), which
is packaged with YAG (yttrium aluminum garnet) phosphor, and when the phosphor is excited by blue
light, it emits Yellow light, as a result, blue light and yellow light are mixed to form white light
(the structure of the LED is shown in Figure 2). The second method uses chips with different colors of
light to be packaged together, and white light is generated by mixing the colors of light.
3. The application prospect of the new light source of white light LED lighting. In order to
illustrate the characteristics of white LEDs, let's first look at the status of the lighting source.
The luminous efficiency of incandescent lamps and halogen tungsten lamps is 12-24 lumens/watt; the
luminous efficiency of fluorescent lamps and HID lamps is 50-120 lumens/watt. For white LEDs: In 1998,
the luminous efficiency of white LEDs was only 5 lumens/watt. By 1999, it had reached 15 lumens/watt.
This index was similar to ordinary household incandescent lamps. In 2000, the luminous efficiency of
white LEDs It has reached 25 lumens per watt, which is similar to the tungsten halogen lamp. Some
companies predict that by 2005, the luminous efficiency of LEDs can reach 50 lumens/watt, and by 2015,
the luminous efficiency of LEDs is expected to reach 150-200 lumens/watt. At that time, the working
current of the white LED could reach the ampere level. It can be seen that the development of a white
light LED writer's lighting source will become a possible reality.
Although the incandescent lamps and halogen tungsten lamps for general lighting are cheap, they have
low luminous efficiency (the thermal effect of the lamp consumes in vain), short life, and heavy
maintenance work. However, if white light LEDs are used for lighting, it will not only have high
luminous efficiency, but also have a long life. Long (more than 10,000 hours of continuous working
time), almost no maintenance. The German Hella company uses white LEDs to develop aircraft reading
lights; a street in the Australian capital Canberra has used white LEDs for street lighting; my
country’s urban traffic management lights are also replacing early traffic order indicators with
white LEDs. It is foreseeable that in the near future, white LEDs will surely enter the home to
replace the existing lights.
LED light source has the advantages of using low-voltage power supply, low energy consumption, strong
applicability, high stability, short response time, no pollution to the environment, multi-color
luminescence, etc. Although the price is more expensive than existing lighting equipment, it is still
considered to be it. It will inevitably replace the existing lighting devices.
PREV：How to choose LED light source?NEXT：Advantages of LED decorative lights