Home / News / Which lighting conditions are suitable for the growth needs of plants?

Which lighting conditions are suitable for the growth needs of plants?


Sep 10,2021
Fluorescent lamp：
Fluorescent lamps have many form factors, including long, thin bulbs and smaller energy-saving lamps. The color temperature of fluorescent lamps ranges from 2700K to 10,000K. The luminous efficiency ranges from 30lm/W to 90lm/W.
Chromatography：
Different growth lamps produce different spectra. Plant growth patterns can respond to the color spectrum of light. This process is completely separated from photosynthesis and is called photomorphogenesis.
Natural lighting has a high color temperature (about 5000-5800 K). The color of visible light changes according to the weather and the angle of the sun, and a specific amount of light (in lumens) stimulates photosynthesis. The distance from the sun has little effect on the quality and quantity of light in these seasons and the resulting seasonal changes in plant behavior. The axis of the earth is not perpendicular to the plane of the orbit around the sun. For half a year, the North Pole is tilted toward the sun, so the northern hemisphere is close to direct sunlight, while the southern hemisphere must travel through more atmosphere before reaching the surface of the earth. In the other half of the year, this is the opposite. There is no change in the color spectrum of the light radiated by the sun, only the quantity (more in summer and less in winter) and the quality of the entire light reaches the surface of the earth. Some complementary LED grow lights in vertical greenhouses only produce a combination of red and blue wavelengths. The color rendering index can compare the matching degree of light with the natural color of regular sunlight.
The ability of plants to absorb light varies with species and environment. However, the general measurement that affects the light quality of plants is the PAR value or photosynthetically active radiation.
There have been several experiments using LEDs to grow plants, and it has been shown that plants need red and blue light for healthy growth. It has been found in experiments that the leaves of plants grown only under red (660 nanometers) are deformed poorly, but adding a small amount of blue can make most plants grow normally.
Plant light requirements：
The specific needs of the plant determine which lighting is best for optimal growth, and artificial light must mimic the natural light that plants are best suited for. If a plant doesn't get enough
Light, it doesn't grow, no matter what else. For example: vegetables grow best in full sunlight and flourish indoors, they need to be as tall
Light levels, whereas leafy plants (such as tendrils) grow in the shade and can normally grow at lower light levels.
The way the plant lamp is used depends on the stage of plant growth. In general, it is recommended that plants be exposed for 16 hours during the seedling/growth stage and 8 hours at rest
Between; 18 hours of radiation and 6 hours of rest during the nutritional stage; During the flowering stage, 12 hours of irradiation and 12 hours of rest were given. 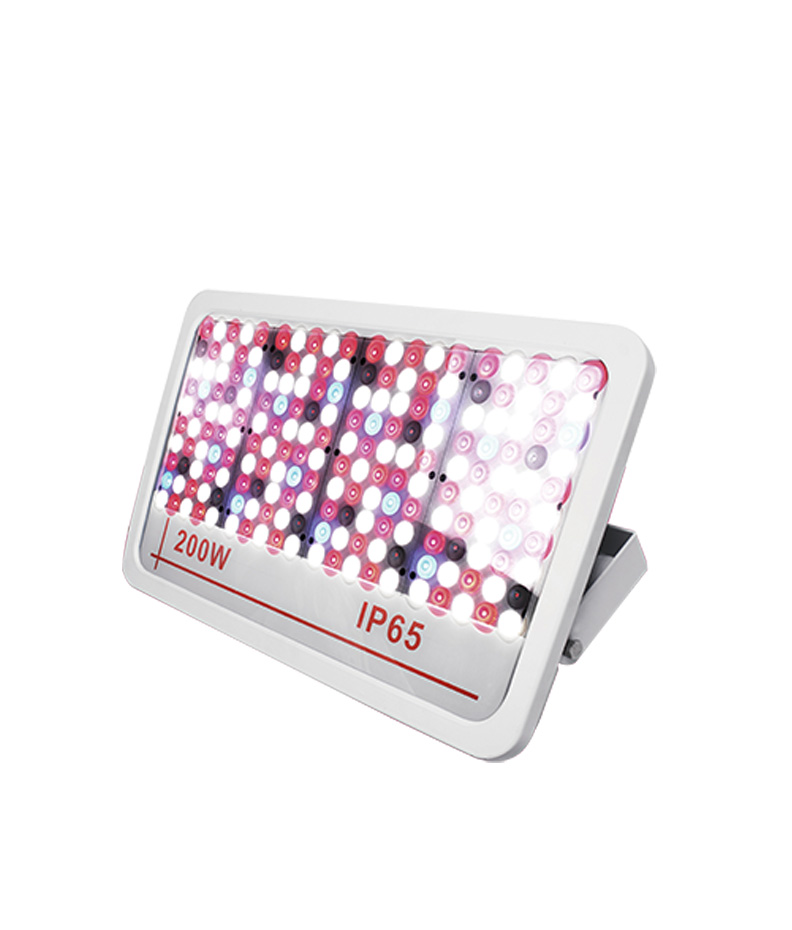 Light cycle
In addition, many plants also need darkness and photoperiod, an effect called photoperiod, to trigger flowering. Therefore, the switch can be turned on at the set time
Or turn off the lights. The optimal photoperiod ratio depends on the species and species of plant, as some prefer long and short nights, while others prefer opposite or medium day lengths.
Much attention is paid to photoperiod when discussing plant development.
Plants that respond to photoperiodic flowers may have facultative or specific responses. A part-time response means that a plant will eventually run out of flowers, regardless of the photoperiod
The growth rate is faster under constant photoperiod. Professional response means plants will only flower if they are grown under certain light conditions.They are commonly used to measure the brightness and lumens of light, but they are photometric units that measure the intensity of light perceived by the human eye. As shown in figure 1.
The spectral level of light available for photosynthesis is similar to, but not identical to, that measured by lumens. So when it comes to measuring the amount of light from photosynthesis in plants, biologists
PREV：LED panel lightNEXT：The concept and typical usage of plant growth lights